Helen Hutchinson is helping the police with their enquiries.

Detective Inspector Simpson asks her to go back to the day the Sarafians arrived. Back to when…

Helen and her husband, Richard, open their London home to asylum seekers from Iraq.

Vartan and Sabelle Sarafian are a surprise. Originally from Mosul, well educated and speaking excellent English – they are not at all what Helen and Richard were expecting.

As their story unfolds and the two couples become friends, Helen begins to suspect the Sarafians are not quite what they appear to be.

But then, who is?

The production was presented in partnership with ASSIST Sheffield, the charity supporting destitute asylum seekers in the city.

After the performances audiences were invited to complete feedback forms to indicate anonymously whether they enjoyed the play and make comments about it. Some of these comments and published reviews are included in the photographs below. 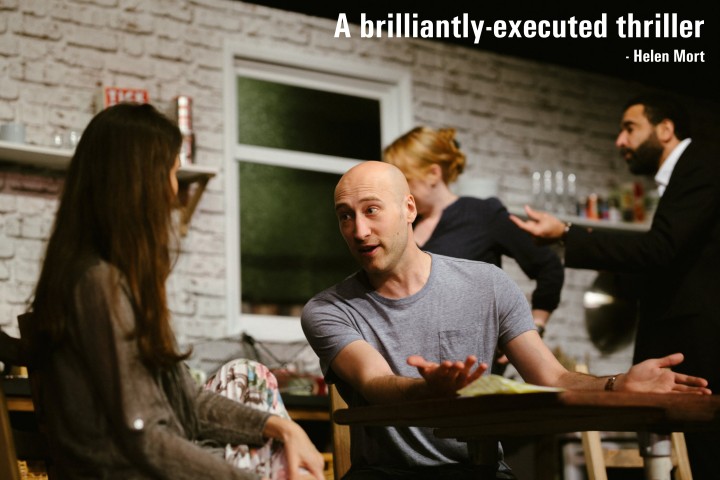 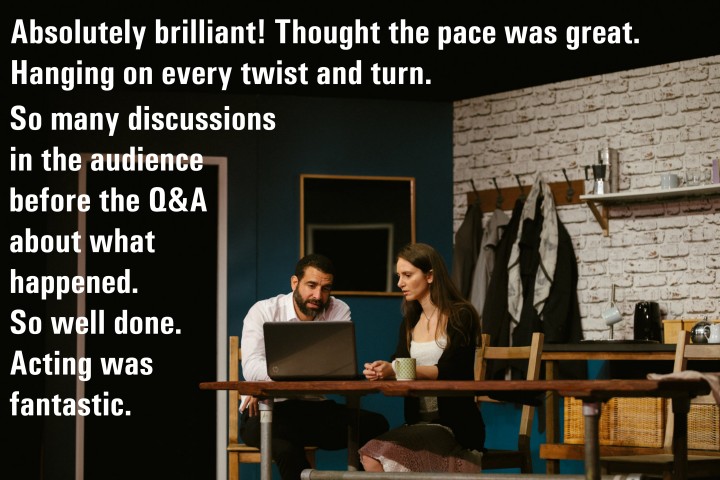 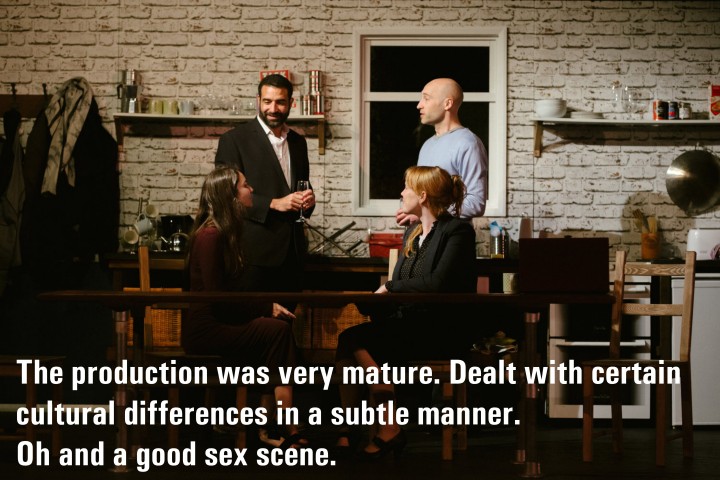